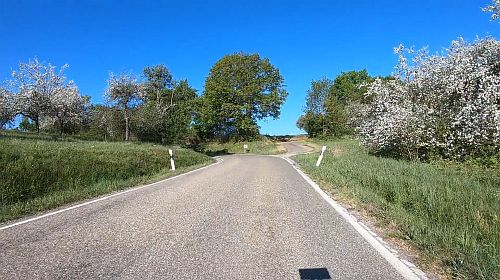 From 2015 to 2020, the Challenge Heilbronn was the name of a triathlon event over the short and middle distance in Heilbronn, in the Zabergäu and in the Kraichgau in Baden-Württemberg. Previously, this event had been held from 2010 to 2014 under the name Sparkassen CityTriathlon Heilbronn. The triathlon has always welcomed well-known top athletes at the start, such as Sebastian Kienle, Michael Raelert, Nils Frommhold, Daniela Bleymehl, Daniela Sämmler or Laura Philip. In 2018, the 90 km bike course led over a modified route for the first time and instead of two loops in the Zabergäu region, the athletes rode only one big bike lap, which now also included the Kraichgau region.

The course starts in the centre of Heilbronn and leads via Klingenberg, Nordheim, Haberschlacht, Stockheim, Kleingartach, Michelbach and Zaberfeld to Häfnerhaslach. Soon after, the highest point of the route is reached, before it goes via Sternenfels, Leonbronn, Ochsenburg and Mühlbach back to Heilbronn.

The race, which was planned for 2020, had to be cancelled due to the spread of the coronavirus pandemic and soon afterwards the organizers announced that the race is now permanently dead due to financial losses and lack of support. One of countless cultural events that fell victim to the measures.