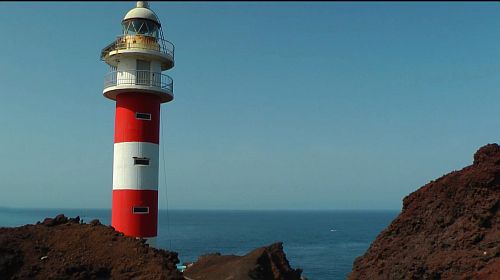 The Masca valley is placed in the Teno mountains in the north western part of Tenerife and is recognized as one of the most beautiful places in Spain. The valley is surrounded with high, steep mountains. Deep down in this valley lies the small village of Masca, which was called 'the forgotten village' because it was inaccessible by roads until the 1970s. It is said that when the Spanishmen invaded Tenerife, it took them 30 years to even find the village.

The road connecting Masca to both Buenavista del Norte in the north and Santiago del Teide in the south was finished in 1991. It is an incredible road that zigzags its way through the valley and has a lot of hairpin bends. The road goes up the steep mountain side so it is not a road for people being afraid of heights.

This RLV starts by the lighthouse in Punta de Teno, the westernmost part of Tenerife, and follow the cliffs to Buenavista del Norte. From there you start going upward, following a bendy, but not very steep road up to Las Portelas. Then the road gets narrower and bendier, and soon you find yourself in the Masca valley. After a few ups and downs, you suddenly go through the small village of Masca, and then the final hill starts. It is not very long (it rises about 400 meters), but it is steep, averaging at about 11% with parts going up to 16%. After the hill you roll down to finish at Santiago del Teide.