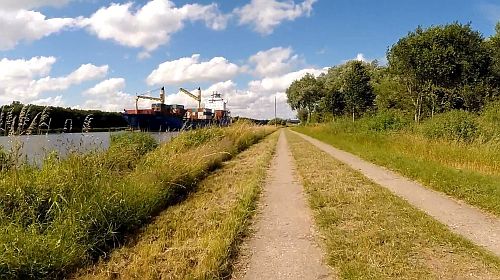 This RLV shows the first half of the route from Brunsbüttel to the channel ferry Breiholz ??(the second part appears at a later date). Of course, we see some of the very large container ships, as well as the many ferries and even a ferry crossing. This is the absolutely flattest video in my program.

Contained in: Base Training Package
Also availaible together with North-Baltic-Sea-Canal 2 for a reduced price of € 20.00.