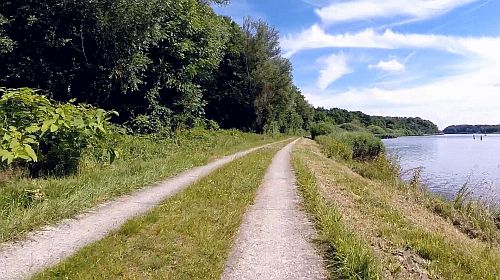 This RLV shows the second half of the route from the canal ferry Breiholz to Kieler Förde. This time the tour leads not only along the canal, but also through Rendsburg and a piece of land.

Contained in: Base Training Package
Also availaible together with North-Baltic-Sea-Canal 1 for a reduced price of € 25.00.