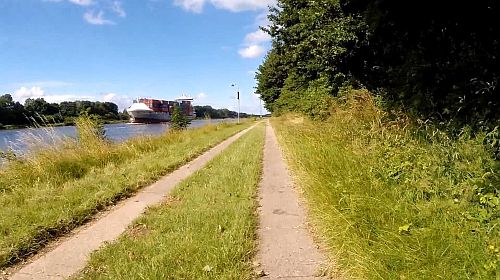 This video shows the route in the opposite direction to the previously published double-RLV and thus leads from Kiel to Brunsbüttel. The route goes right at the beginning a short piece "over land" and later through Rendsburg. Afterwards it goes only along the canal, shortly before end we cross the canal even on one of the many ferries.

This version is over 40 km longer than the KWT Edition.

This RLV is only available as a download version and for selected countries on USB stick. After payment is booked you will receive the necessary download link.