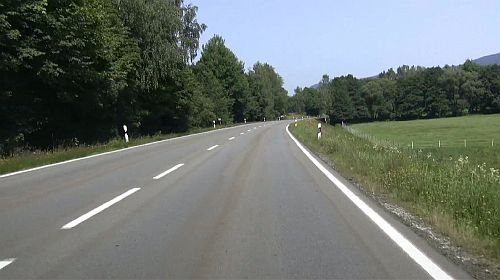 In summer 2012 RealLifeVideo.de organized a route competition among its customers. This video has now been implemented as the first of the proposals received. As the name implies, this RLV crosses 3 passes (or peaks), while the slope is moving mostly by 6-7%, rarely more.

It starts in Bodenmais, which lies at the foot of the Großer Arber (the highest mountain outside of the Bavarian Alps) in the Bavarian Forest. The route goes from there via Arnbruck, Arrach, Markt Lam, Lohberg, Bayer. Eisenstein and Regenhütte back to Bodenmais.