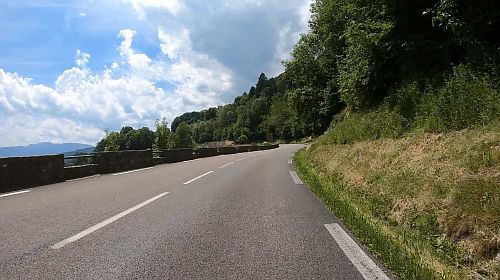 The Col de la Schlucht (Schluchtpass) is a 1139 m high pass in the Vosges and an important traffic axis between the regions of Alsace and Lorraine. The pass summit formed the border between France and the German Reich from 1871 to 1918. The pass was first a narrow gorge away from all traffic or trade routes and has only been used for through traffic since 1857 after a narrow point on the ridge line of the High Vosges was made accessible that was not easy to pass. The Col de la Schlucht has so far been used 10 times by the Tour de France.

On our tour we take the east ramp of Munster and head west to the Lac de Longemer.